Showing posts from February, 2017
Show all

Look at My Watch. You Feel Yourself Getting Sleepy... 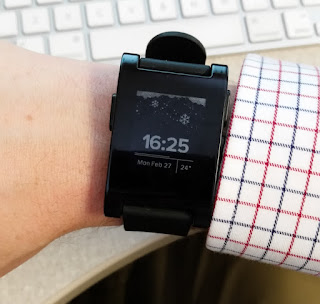 I wasn't going to post this, because it's boring. But then I realized that I don't care; it's something that has been on my mind, so I'm writing it.

I might be part magpie or raccoon or something, because I've always liked shiny things. Like watches. I remember getting a little blue watch in second grade and wearing it for years. I loved that thing. Maybe there's a correlation between liking watches and me being obsessed with getting places on time.

Anyway, several years ago I decided I wanted a watch with a digital representation of an analog dial, I don't know why. It just seemed novel. In 2013 I got one of the first commercial smartwatches, a Pebble. It let me do the digital/analog thing, as well as showing notifications from my phone, letting me control music, showing weather, and acting as a display for my running apps on my phone. It's first and foremost a watch, and with a simple e-ink display it gets several days of battery life.

Sock It to Him 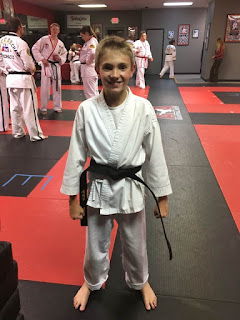 Sam started learning martial arts about three years ago, when we were living in Lehi. He took to it immediately, and was good about practicing. It helped hi build some confidence and self-discipline, as well as physical abilities. A lot of kids start that kind of thing and don't stick with it, but it's been a big part of his life.

When we moved he started at a new place here in Idaho Falls, with a style similar enough that he was able to pick up where he left off, and he earned his first degree black belt last fall. It was an incredible achievement for him, and the culmination of a lot of seriously hard work.

He's had this mentality of always wanting to be ready to defend himself, and he's even been complaining all winter about his heavy coat and boots limiting his mobility. That being said, he's never shown any aggression or bullying tendencies. I have complete trust in him in his interactions toward others. 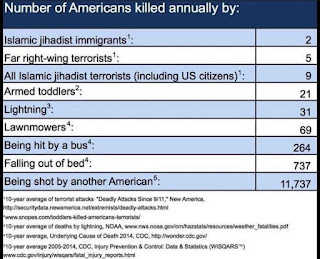 I've become much more keenly aware lately of the differences of opinion I have with other people. With the presidential election in particular, people whose opinions I value and respect have differed from mine, when I feel the reasons for my feelings are so obvious that anyone who thinks otherwise must be ignorant of the Truth. And I recognize that those feelings are wrong.

Of course, things are complicated. Several months ago, after yet another mass shooting, I wrote the following and very nearly posted it on social media. Then, realizing it would not foster open discussion but simply incite rancor, I decided against it. Here it is.


I'd like to share an opinion for once, bearing in mind that it may differ significantly from yours. And that's okay; we can disagree without animosity. Let me first say that I like guns, I enjoy shooting them, and although I don't own any I believe we have a constitutional right to own them.