Showing posts from June, 2014
Show all

A Flood of Evidence

June 12, 2014
Okay, I tried telling this to a few people, but nobody really cared. So I'm using my blog to talk about it. Caveat qui legit.

First of all, the subject of the Flood has always fascinated me. Where did all the water come from? How many animals were on the ark, and how did eight people clean up after all of them? Well, I don't know about the poop scooping, but we might be a little closer to answering the first question.

I had a geology teacher at BYU who was LDS and accepted the Flood as a historical event. But he didn't think that the whole Earth was covered at once. Personally, I've felt that it was all covered, but wondered at the mechanism. I think God is the master scientist and created the laws of the universe, and obeys those laws, even though we don't yet have a full understanding. (And if you think mankind understands everything about the natural world, try googling "grand unified theory." That's why I've never had a problem reconciling s…
3 comments
Read more 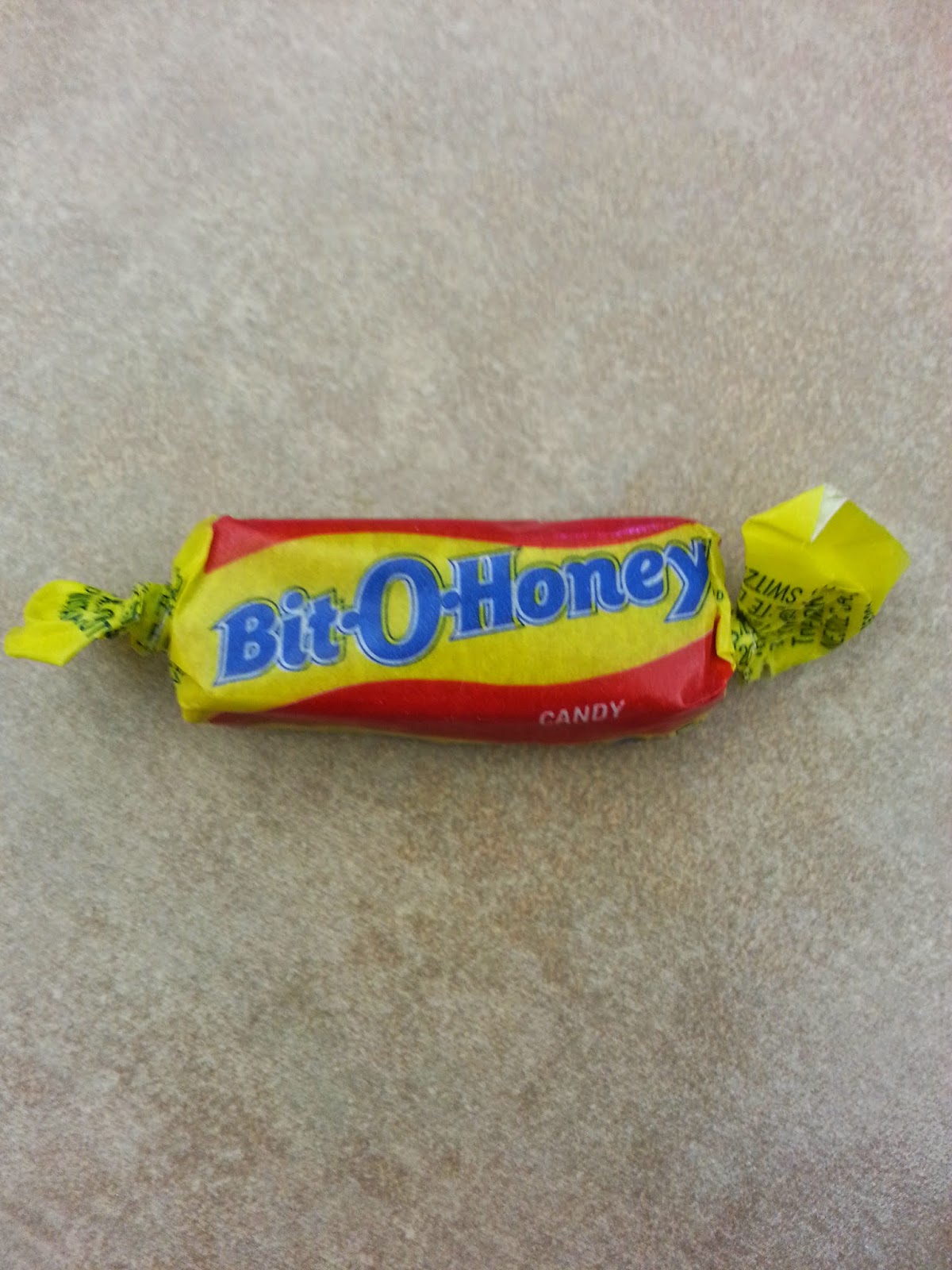 For years a question has been lingering at the back of my mind, periodically brought to the surface when I see a particular object. This is a food product—a candy, in fact—first made available in 1924. Since it’s been on the market for 90 years, I imagine that it must be well-liked, and yet the very thought of eating one has never crossed my mind.

What is this candy? Bit-O-Honey.

My impression of this candy is that it’s something like a rock with harder rocks embedded in it. Or alternatively, that it would be like eating nuts and gum.


But maybe there’s a reason it’s been around so long. Aside from the maker obviously forging a deal with the Devil, I mean. So, in the interest of gastronomic fairness, I think it’s time I give one a try.

Okay, let’s open the wrapper and have a look.

Yup, that’s what I remember. The color seems to be exactly that of baby diarrhea I remember an infant cousin having once when my mom babysat her. And inside are hints of some sort of chunks that are surely ev…
Post a Comment
Read more

Putting Your Hand and Foot in Your Mouth?

June 04, 2014
A couple weeks ago Sam came down with a fever. (Wait, shouldn’t it be “came up” with a fever?) We assumed he had a cold coming on, so we tried to continue with life as usual. But a couple days later he woke up covered with what looked like hives. Then, from the dim recesses of my brain, an old file was dragged up.
*Flashback*
It was 2008 or 2009, and I noticed a few odd little sores on my hands and feet. I did some research and found that it was hand, foot and mouth disease, which is an unpleasant but relatively harmless viral infection that normally affects children. It went away after a few days.
*Flash forward*
I looked it up again, and it seemed pretty certain that this was the culprit. But with a newborn in the house, I decided to take Sam to the doctor, who confirmed that this was the case, and that this disease was going around. There was nothing to do but treat the discomfort, and he assured me that it would get worse before it got better. Sam also had to be kept from school,…
Post a Comment
Read more
More posts