May 15, 2020
It's been a while. I changed jobs and routines, and I have less free time in general these days. And the whole pandemic thing has really left me feeling weird and unsure what to blog about. But I do have a story to tell.

I had been scheduled for a regular colonoscopy as a checkup on my crohn's disease. Originally it was going to be in March, and then the whole world stopped. It got pushed a couple more times until the final date was this last week. I was originally going to go alone, but Katie decided to have us all go as a family. I felt a little irresponsible about having us all go, given the current recommendations against traveling out of state, but it also gave us the chance to bring home an old pickup truck my dad was giving us. They had been trying to get it to us since March.

Everything went fine on the trip, and we were heading home. I was in the truck, and Katie was in the van with the kids. We stopped at a gas station near the Utah/Idaho border for a bathroom break, and when they came out they were talking to an older woman named Carol. Apparently her car had died and she was trying to get home to Montana. She had no money and nobody she could call. I know this sounds like a scam or something, but we talked to her enough to feel like she was telling the truth. Her husband had passed away several months ago, and she was on her way back from visiting her daughter in California.

Carol initially asked for a ride just to the next big truck stop, but we eventually decided Idaho Falls would get he closer to home. Then as we continued on I realized she was going to end up alone, sitting outside a truck stop at night, as a 70-year-old woman. So we did something I never would have anticipated doing. we brought her home, fed her dinner, and had her sleep in Clara's bed (Clara has been sleeping in Allison's bed lately anyway).

I gave a lot of thought to how we could help her get home, and after a little searching realized she could rent a car one way for about $30. The next morning I offered to pay for her rental, but she refused to "drive someone else's car," and she was still a little spooked from her transmission giving out on the freeway. She insisted on just being dropped off at the truck stop, so I took her. I gave her some cash and my phone number (she did have a cell phone), and instructions to call if she couldn't get anyone to give her a ride. She also promised to call when she made it home.

Side note: Her husband had been a trucker for 40 years and she spent a lot of time on the road with him, so she was comfortable trying to find someone heading the way she needed to go.

Carol never called me, so the next morning I called the truck stop to ask if anyone had seen her hanging around. Nobody had, so I have no choice but to assume she got a ride. I also failed to get her phone number, so there's no way for me to contact her directly. So I feel good for trying to help someone, but I have no idea if it worked out for her. I hope she's safe and made it home.

Joel said…
Update: Carol made it home! We received several cards from her in the mail yesterday. So not only is she okay, but she's not a ghost or a hallucination.
May 19, 2020 at 7:21 AM 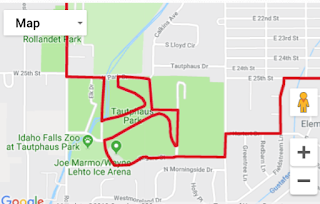 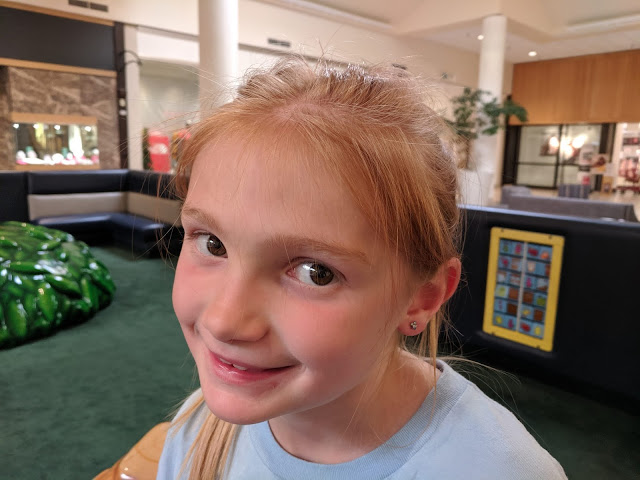 Well, this was a first.

Last week Allison got her ears pierced. This is a rite of passage for a lot of girls, and it's even more interesting in our family. My mother doesn't have pierced ears, and neither does Katie. So it's kind of a first. But she had been bugging us about it for weeks, because one of her friends just got her ears pierced.

Katie and I had discussed this before. I guess the reason she had never done it herself was more because of the pain rather than an objection to the practice itself. I've always admired that she had never done it (I'm honestly not a big fan of the ridiculous things women have to do for appearance, including makeup and even shaved legs), and I wasn't sure how Allison would fare. She is rather sensitive to pain. We can't even brush her hair without her screaming about it most of the time. So that she was willing to undergo this said something about her determination.

Anyway, she reported that it barely hurt, and so far sh…
Read more